one hundred kb of one’s CIITA TSS. I known one to biggest joining site located at the 3′ prevent of the CIITA gene transcript (Fig 6A). I made use of CRISPR/Cas9 gene modifying to mutate the brand new EBNA2 binding websites when you look at the LCLs. The brand new EBNA2 binding site overlaps predict binding sites getting EBF1 and you can PU.1. Several independent sets away from book RNAs (gRNAs) were built to create

200bp deletion within EBNA2 joining website. step 1 joining web site by the PCR investigation regarding genomic DNA (S2 Fig). Processor chip assay presented one to joining of EBF1, PU.step one, and you will EBNA2 was indeed somewhat lower in CRISPR modified LCLs (Fig 6B). We 2nd assayed transcription in the CRISPR EBNA2_BS ko against manage muscle. We found that CRISPR EBNA2_BS ko tissue got an increase in CIITA and HLA-DRA, DQA1, DPA1, DPB1 (Fig 6C). EBNA2 receptive gene HES1 wasn’t impacted by CRISPR ko of the newest EBNA2 binding web site for the CIITA locus. Alternatively, the brand new DEXI gene centered downstream plus in the alternative orientation so you’re able to CIITA try downregulated in the tissue without the brand new EBNA2 joining website (Fig 6D). Because a control, an equivalent CRISPR ko are performed inside the BJAB tissues, an EBV- and you can EBNA2-negative lymphoma cellphone along with zero affect CIITA, HLA-II, otherwise DEXI gene transcription (Fig 6E). Such findings strongly recommend new EBNA2 joining website during the 3′ region out of CIITA gene is essential to the repression off CIITA and you will the newest activation out of DEXI in EBV confident LCLs.

To help browse the this new control off DEXI from the EBNA2, i re also-checked-out the fresh new gene providers into the CIITA and you will DEXI genetics and you may the new relative positions of its recognized supporter-enhancement factors (Fig 7A). DEXI is from the contrary orientation and head-to-lead with CIITA. I listed you to definitely several CTCF binding sites was in fact receive involving the 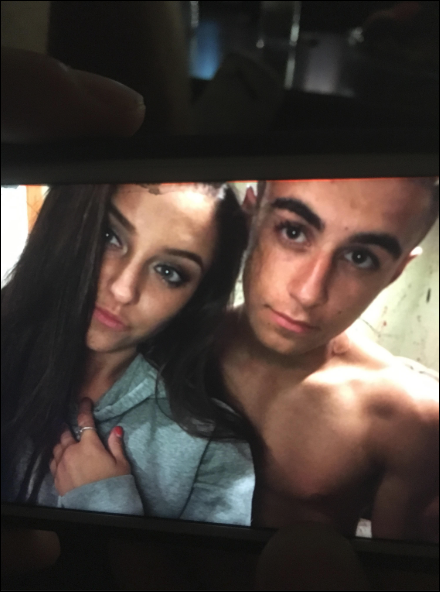 marketers of each gene. We second queried all of our RNA-seq studies and discovered you to definitely DEXI is actually firmly created throughout the EBV immortalization out of B-cells (Fig 7B). We together with discovered that DEXI transcription was upregulated by EBNA2 term during the Akata T1 and you will T2 muscle (Fig 7C and you may 7D). We next asked if or not EBNA2 induction altered the latest relative joining of RNA polymerase II (RNAPII) during the DEXI supporter in line with CIITA supporter III (CIITA-pIII) which drives the newest constitutive term out of CIITA from inside the B muscle . I learned that EBNA2 expression contributed to a boost in RNAPII during the DEXI promoter, having a matching reduction of joining at the CIITA-pIII, both in Akata T1 and you can T2 tissue (Fig 7E). Similarly, new histone modification H3K4me3 which is closely correlated with supporter activation are enriched within DEXI and exhausted in the CIITA-pIII (Fig 7F).

(A) ChIP-Seq for CTCF, EBNA2, EBF1 and RBPJ shown on UCSC browser. ChIP-primers position for CIITA-PIII and DEXI-promoter are indicated. (B) RNA-seq read-count quantification of DEXI transcripts during EBV infection of primary B-cells for 2 donors. (C) Akata T1 and T2 cells induced with estradiol for 48 hrs and assayed by RT-qPCR using the ??CT method. (D) Western blot of EBNA2 expression in Akata T1 and T2 cells without (-) or with (+) E2 addition for 48 hrs. (E) RNAPII ChIP assay in Akata T1 or T2 cells with (+) or without (-) E2 induction at primer positions for CIITA-pIII or DEXI promoter. (F) Same as in panel E, except for H3K4me3 ChIP. Error bars are SDM, and * p<0.05, ** p<0.01, *** p < .001 or ns (not significant) by 2-tailed student t-test.